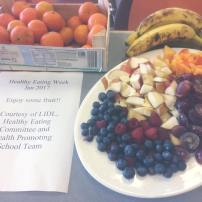 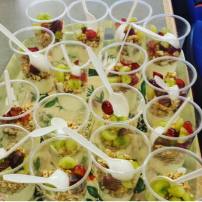 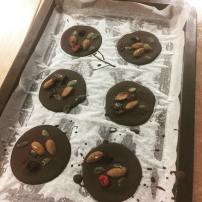 Our Healthy Ireland-Health Promoting Schools(HPS) Flag was officially unveiled last week. The Health Promoting Schools Flag is presented by the HSE to schools as an acknowledgement of their work in improving the health and wellbeing of their school community. It is a great achievement and we are very proud of all the work that has been done. Congratulation to our HPS team!

Our Health Promoting Schools Committee attended an event in the Clanree Hotel today which was run by the Donegal Youth Council called “Shape of You”.The aim of this event was to promote a healthy body image in young people and to raise awareness of having good self-esteem and confidence through interactive workshops.The event was enjoyed by all who attended and each student received a certificate for taking part.

In the morning, spinning bikes were set up in the canteen. There were sweets, drinks and stickers set up on a table beside the bikes for the people taking part. There was also face painting available for the people taking part and the members of the committee. Orange balloons were released outside whilst our chaplin said a few words about what the balloons symbolised in regards to everyday worries and stresses and mental health. Orange balloons were put up around the school with inspirational quotes like “#ShareTheJourney”, “LoretoMilford” and “Cycle Against Suicide”. Music was played in the canteen throughout the day to motivate everyone. And the end of the day, over €800 was raised to support North West Pieta House.